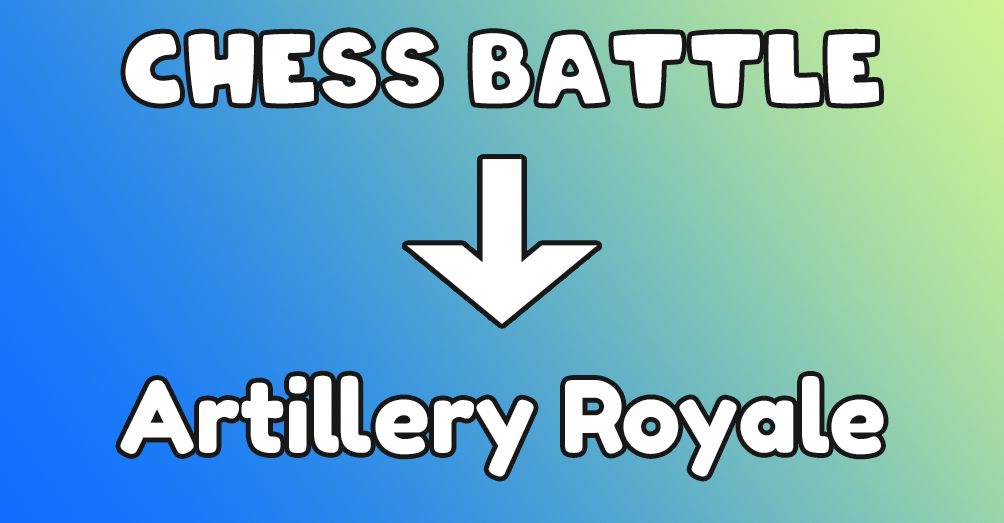 Finding a name is a very hard task, and for a non-native speaker even harder.
I thought I had something with Chess Battle, it’s distinct, has some meaning and straight forward to spell. Not bad.

Unfortunately on some very early blind play tests people got confused about the name.
Some warned me that they were not good at the chess game and were hopping that the game did not need much chess skill.

Even if at the start, the chess theme sounded great for me, I did not think about that.

A game of chess is hard, and for most people, not even fun to play with. In that way Chess Battle sends a wrong signal about the game. And to be honest, it’s not that much chess related.

So here we are: Chess Battle is now called Artillery Royale!